In Ilmenau, the sky is blue,
when the goat is dancing with his wife.

The Goethe and University City Ilmenau - here is the Gabelbach home. The small town at the foot of the Thuringian Forest enchants with its charm between history and modernity. While the old houses in the narrow inner-city streets and the magnificent villas of the health resort district tell of old stories and glittering times in the old days, the city as an area of ​​research and science makes a name for itself internationally. 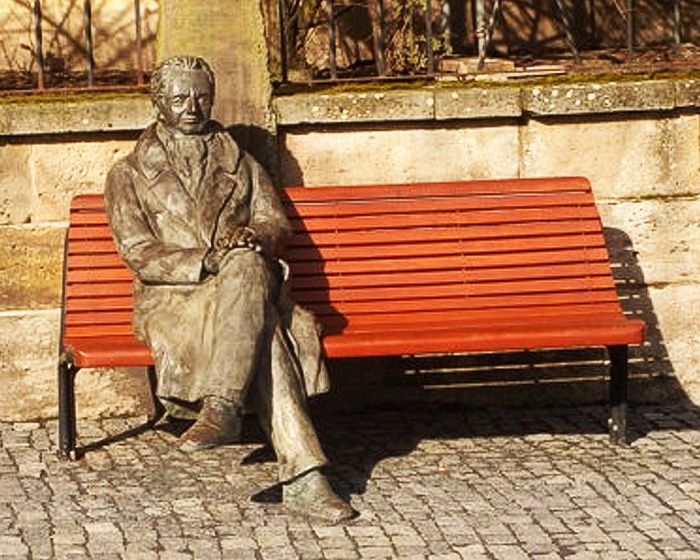 The history of Ilmenau

The beginnings of the settlement near the river Ilm, which should later be called Ilmenau, lie far in the mists of the past. Today it presents itself to us as a prosperous city on the banks of the Ilm. The few chronological dates testify to a varied, not always simple story. The tedious livelihood of the inhabitants was linked to geological and geographical conditions. Small state, famine and city fires allowed only modest prosperity. Goethe, who went to Ilmenau for the first time in 1776, could not bring about a sustained revival of copper and silver mining. But the poet-lord was deeply impressed by the landscape and felt connected to the city until the end of his life. In 1795 he wrote in a letter to Friedrich Schiller: "... I have always been here and still love it, I believe it comes from the harmony in which everything stands here. Area, people, climate, tune and let. A quiet, moderate economic endeavor, and everywhere the transition from handicraft to machine-work, and at the cut-off a greater communication with the world than many a town in the flat accessible country. "

The sights in Ilmenau at a glance:

Our tip: Our staff at the reception are happy to assist you with one or the other secret tip for your trip to Ilmenau. Find more information online at  www.ilmenau.de